Home Events A Night at Edinburgh’s Festival of Politics: Scottish Solutions to the Refugee Crisis

A Night at Edinburgh’s Festival of Politics: Scottish Solutions to the Refugee Crisis 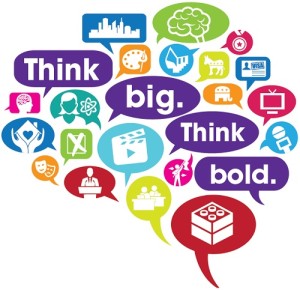 This is a guest post by Katharine T. Weatherhead

The opening night of Edinburgh’s Festival of Politics on 18 August 2016 saw prominent politicians and organisations come together at the Scottish Parliament to discuss ‘Scottish Solutions to the Refugee Crisis’.

The public event, held in partnership with The Royal Society of Edinburgh, aimed to ‘explore Scotland’s attitudes and solutions’ to the global displacement of people which reached a high in 2016 of over 60 million people.

The Chair, Rt Hon Sir George Reid, introduced the evening with an overview of international, UK, and Scottish proposals to respond to displacement and gave the panel an opportunity to comment on them. The panel was comprised of Dr Alasdair Allan MSP (Minister for International Development and Europe), Iain Gray MSP (Labour politician and former Oxfam campaign director), and Gary Christie (Head of Policy and Communications at the Scottish Refugee Council).

Attendees also heard from three refugees in Scotland, one woman from the Democratic Republic of Congo and two men from Afghanistan. They shared their personal experiences of the asylum system, both the negative and positive aspects, which helped shape the discussion that followed between the public and the panel.

Many questions were raised over the course of the event. Is our moral duty to our own society or wider humanity? Can the refugee crisis only be solved through global efforts? What can the Scottish Government do to alleviate the challenges that refugees face in Scotland? How can local communities play their part?

Though there are no easy answers to these questions, the event allowed several possible policy paths to be aired. For example, at the international level, states could increase their efforts to prevent mass displacement from occurring and commit to fair responsibility-sharing. At the UK level, political leaders and the media could more visibly push back against the negative narratives about refugees which misinform public thinking. At the Scottish level, the government could further focus on widening the enjoyment of human rights by refugees, which may be facilitated in particular by ensuring that refugees can make use of their skills in the job market.

Members of the audience offered suggestions based on their own experiences of how local communities can support refugees. Suggestions included campaigning to increase public awareness of asylum issues, proactively welcoming those refugee families resettled by local authorities, and donating money, food and clothes to established charities.

The evening ended on a note which recognised the scale of the task in responding to the refugee crisis. However, the Chair and panellists also acknowledged that much good work is being done to alleviate the crisis and encouraged all stakeholders to continue working in line with the principles of humanity and human rights.