As part of the upcoming Refugee Week (20-26 June) we have two Refugee Survival Trust events coming up over on the East coast.

On  Saturday 18th June head along to the Laurieston Centre in Edinburgh for our debate, “A new beginning: Reflecting on the integration of refugees”. This debate and discussion includes speakers from the Scottish Refugee Council,  The Welcoming Association and the Syrian Scottish Community. There’ll be lots of scope for audience participation and discussion so come along and join us.

On Saturday 25th June Refugee Survival Trust is running a local history walk in East Lothian. Starting at the Carriage House in Pencaitland, local resident Gregor Robertson will be guiding people round the beautiful Winton and Fletcher Estates, followed by tea and sandwiches in the church hall. Don’t miss this great chance to get out and about in the beautiful Scottish countryside at midsummer. 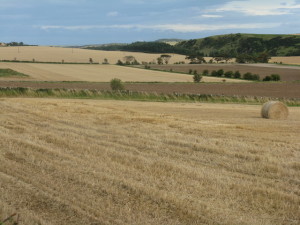 Tell your friends you’re coming along by joining the Facebook event pages – A new beginning: Reflecting on the integration of refugees and East Lothian guided walk.

There are lots of other events happening across the UK as part of Refugee Week and in Glasgow the Scottish Refugee Council ‘s Refugee Festival Scotland  running from 14th – 26th June has something for everyone.