Home News In the news again…

In the news again… 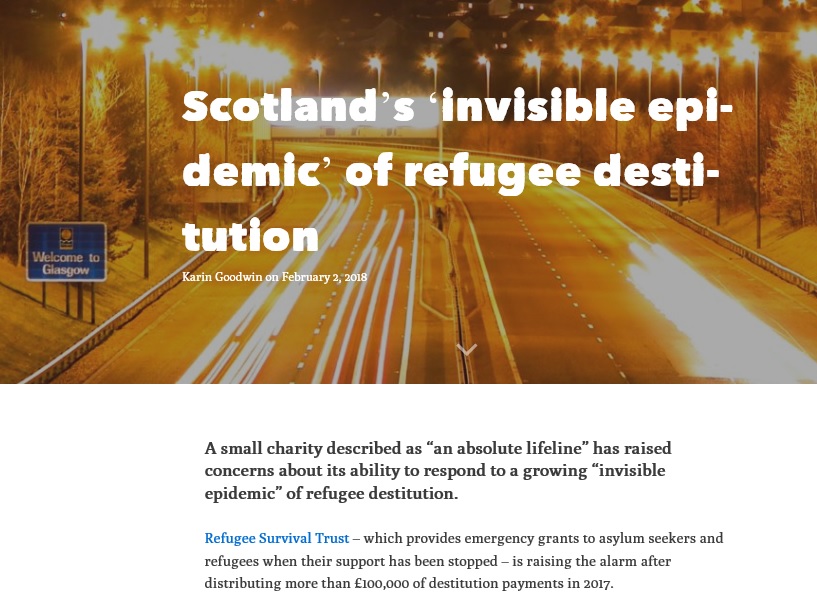 Our record-breaking year in 2017 has been picked up by The Ferret, which today features an in-depth article about Scotland’s “invisible epidemic” of refugee destitution.

The article, by Karin Goodwin, looks at the increase in demand on services such as RST’s destitution grants programme, as well as other support services provided by Positive Action in Housing, the Scottish Refugee Council and the Red Cross in Scotland.

Alison Thewliss, MP for Glasgow Central, is quoted as saying:

“It is real cause for alarm that the Refugee Survival Trust (RST) has issued a record-breaking number of destitution grants in 2017,” she added.

“The assistance being provided by charities and organisations such as the Refugee Survival Trust is invaluable, but at the same time, the need for such third party intervention clearly illustrates the inadequacy of support on offer from the UK Government.”