Refugees, race and religion: five Edinburgh Fringe Festival shows handpicked especially for you. Follow the stories of an Eritrean man in the Calais jungle, Young Mana as she escapes from Red-Yellow planet, two men in a Fife jail cell, seven Glasgow Girls fighting their friend’s deportation, and a Muslim rapper hiding her identity in London. 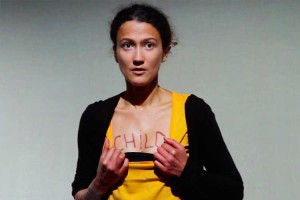 Surreal and stunning take on the current refugee crisis. Young Mana escapes her life on war-torn Red-Yellow planet in order to find refuge and safety on Blue planet. This fantastical fairy-tale pours over with adventure, heart-ache and thrills as Mana faces shadow creatures and pumpkin-headed soldiers on her journey. Using captivating visuals and a poetic script, solo performer Gaël Le Cornec shines a light on the difficulties faced by refugees across the world. 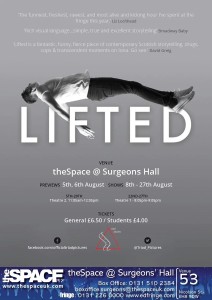 Lifted is a dark, raw and funny performance about race, immigration and police violence in Scotland. This stark political drama takes place in a Fife jail cell where two men are being questioned by the police. Expect racism, islamophobia and mermaids, in this fresh piece of Scottish storytelling by Triad Pictures. 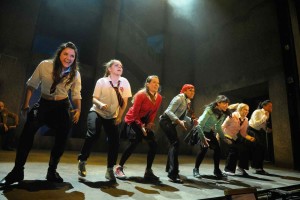 Glasgow Girls is one of the most remarkable and striking musicals in British history. Based on the true story of seven high school girls in Glasgow who fight for the rights of their asylum-seeking friend and her family. When their friend is forcibly removed from her home and faced with deportation, the girls rally together and take on the government in a way only Glasgow Girls can. This political drama includes heavy themes, strong language, and even stronger women. 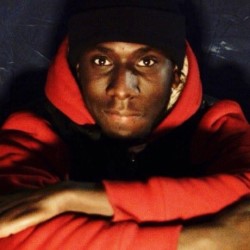 Theatre for Justice bring their first full-scale production Still Here to the Edinburgh Fringe. Their verbatim drama is based on an interview with an Eritrean man at the Calais refugee camp last December. The show is set in a tent in the Calais jungle with a British journalist and a refugee who has fled persecution for his faith.

You see a hijab, I see a rapper. Performed by the youth of Tower Hamlets borough in London, Rapture tackles issues faced by the actors in real life: gendered expectations, radicalisation and marginalisation. Through spoken word, music and rap, the performers tell the story of a young Muslim girl called AJ from Tower Hamlets. Throughout her journey to be recognised as a rapper, AJ’s hijab acts as a metaphorical and literal veil for her identity.

We hope you enjoy our recommendations and please feel free to email us about other Edinburgh Fringe shows on refugees, race and religion. We may follow up with interviews and reviews!